Excellent driver, showed us everything around Rishikesh. We had a great time in Shivpuri. The cab was neat and clean. 5 stars for everything. Booking for 2 more trips right now.

The Wiwigo team was quick to understand our needs and very welcoming. They arranged to pick us up early in the morning and showed us around the city. The overall experience was great. Will definitely use them again on my next trip to India.

Great service and driver. Same cab arrived as seen in the picture. Very pleased- will use again.

Very professional and transparent in their dealings- cab was immaculate and driver was great. I had a great trip to Agra. Next year, I would use Wiwigo again when I come back again. This time I would like to visit Jaipur.

We had a very busy schedule and wanted to see around Delhi. Wiwigo team was prompt in arranging cab for us. We had a great time visiting different places and capturing the memories in our cameras. Highly recommended.

Ujjain is the "Temple City" in the state of Madhya Pradesh. It is situated on the eastern bank of Kshipra River making it the famed Kumbh Mela. There are many historic places in Ujjain like Shree Mahakaleshwar Temple, Kalbhairava Temple, Kaliadeh Palace etc. It is the place where Lord Krishna, along with his friends Balarama and Sudama, received his education from Maharshi Sandipani. It still has the Sandipani Ashram, where one can find paintings of them receiving teachings. The Gomti kund is associated with the legend which tells about Lord Krishna filling it with the holy waters of all the rivers around so that his old Guru can do his daily rituals. Ujjain has India's first observatory (or Vedh Shala) called Jantar Mantar. A total of 5 Jantar Mantars were built by Maharaja Jai Singh between 1724 & 1735, of which only the one at Ujjain is still functional. In India, out of the 12 Jyotirlings, only Mahakaleshwar of Ujjain in Madhya Pradesh is situated in the south direction. People of Ujjain believe Mahakal to be their king and therefore worship the God. Ujjain has popular observatory called Ved Shala. This observatory is renowned for the contribution it has made in the astronomy for which Ujjain holds a special place. Hindu geographers take it as the first meridian of longitude since the 4th century and use it for astronomical calculations. Raja Jai Singh made his valuable contribution to the observatory later on. The History of this city states that initially the city was known as Ujjayini and as per epic Mahabharata Ujjayani was the capital of the Avanti Kingdom. The city is said to have been the residence of Ashoka (who subsequently became the emperor), at the time when he was the viceroy of the western provinces of the Maurya empire. 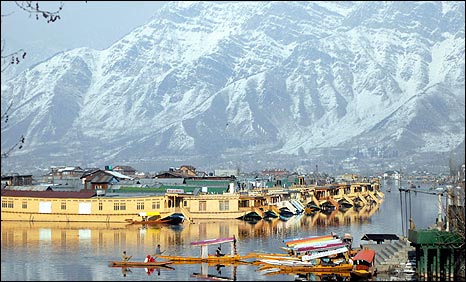 The summer capital of the Indian state Jammu and Kashmir has attracted people not only in present but also at times of Mauryans, Mughals, The Sikhs and the British over the history. Situated in Kashmir Valley on the banks of Jhelum River, Srinagar is famous for its gardens, lakes, and houseboats and is also rich in Kashmiri handicrafts and dry fruits. Srinagar is derived from two words; Sri (venerable) and Nagar (city).There are theories like Pandava king Ashoka built the city Srinagar (Srinagar) and another one is that Mauryans emperor Ashoka founded the original city of Srinagar. So, you can find interesting history in this place as well

Kashimiri Venice is the other name of this magnificent city. Known for its lake which accounts for Dal lake-note for its houseboats and Nagin lake.Srinagar also has Mughal gardens, it vicinity includes Chashma Sahi (royal fountains); Pari Mahal; Nishat Bagh ( garden of spring); Shalimar bagh and Naseem Bagh. The world famous hill resorts Gulmarg and Pahalgam are located here The famous Shrine of Baba Reshi a Kashmiri Sufi saint is another attraction of Gulmarg and is visited by thousand of devotees every year. 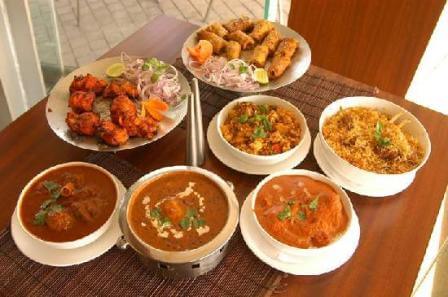 This place is foodie delight. The places like Lal chowk, Khayam road, and an area near Dal Lake serves the best food. The city is famous for its non-vegetarian cuisines like rogan ghost, gush Taba,rishta etc.Seekh Tuji is is another popular delicacy found in street stalls of Khayam chowk.

It is one of the best hill stations to visit with its excellent weather and evergreen beauty make this place worth visiting.If you want a holiday full of peace , silence visit this place.Have fun with your family and enjoy the seneric beauty of the place.

Ujjain to Srinagar via Train

A preferred but dry mode of travel, train journey kills the fun of stopping by at intervals and viewing the attractions that the route from Ujjain to Srinagar has to offer. Prior bookings and ticket confirmation worries can make travelling a burden. So book Ujjain to Srinagar cab from Wiwigo.com the day you want to take your journey and forget about confirmations and restrictions!

Ujjain to Srinagar via Bus

Although another way to travel Ujjain to Srinagar and Srinagar to Ujjain, you need to wait for ticket bookings and confirmations and traverse extreme weather on bad roads, made worse by a bus journey. When you could instead take a handpicked cab form Wiwigo.com at a much cheaper price than even a volvo.

Ujjain to Srinagar via Taxi/Cab:

Skip the hassles of a public transport journey by choosing a Ujjain to Srinagar taxi from Wiwigo. Make your journey a life event with your loved ones and your privacy safeguarded. Take a handpicked, secure and GPS enabled taxi with registered drivers to give your loved ones that special journey they deserve. What are you waiting for? Book Ujjain to Srinagar taxi NOW! Because, we make travelling an experience to cherish.